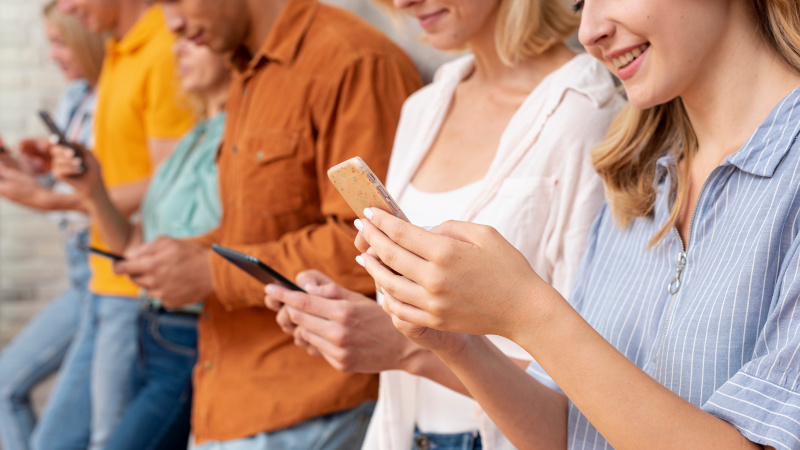 Visualization: Are expensive phones worth it?

Everyone knows that smartphone prices have increased in the recent years. Most flagships from Samsung and Apple crossed the symbolic limit of $1,000 in 2017.
But, do expensive phones really give a greater experience?

It is common knowledge that quality and price are correlated. Sadly, it is not always the case.

Some researchers already observed this: this 2017 paper shows that there is no correlation between the sound quality and the retail price for headphones.

Is it still affecting Smartphones in 2019? Let's do some data visualization to check it out 📊
First, let's define the most important features.

What does it take to make a good phone? 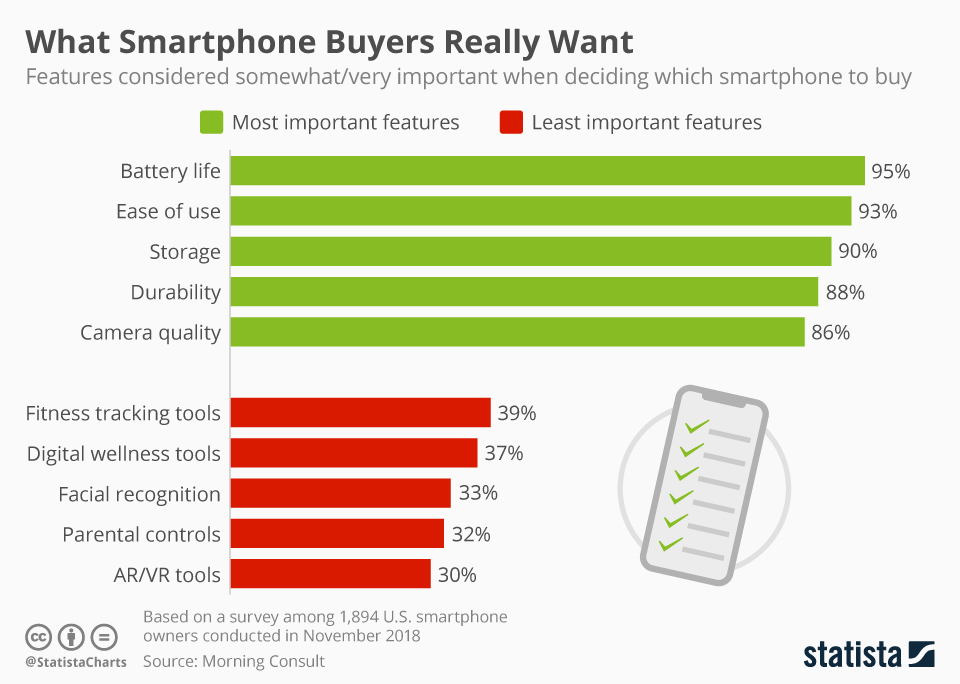 For the sake of this article, we will stick to the battery life, the camera quality and the processing power, since they are easy to quantify.

Specifications are misleading: Use Benchmarks

Most people estimate performance only by considering simple specifications. This is clearly wrong! Here are some examples:

Why? Because performance rarely depends on a single specification. Brands often exploit this fallacy by using meaningless specs, and most consumers fall into the trap. Remember these funny 128-bit consoles fashion in the late 90s?

Fortunately, we can use benchmarks! Benchmarks are protocols that measure performance in a realistic way (or at least with close-to-real-life scenarios).

Let's start with the most important metric for consumers. BaseMark OS II has got a decent battery life benchmark that uses simulated use cases. Some data was extrapolated from GsmArena and PhoneArena's benchmarks regarding the phones that are not included in the study.

Surprise: the correlation is almost insignificant!

If you have a statistics background, you probably suspect a case of Heteroscedasticity.
Anyone would think that theprocessing power lowers the battery life and is more linked to the price. Let’s check this theory.

Strikingly, these two specifications are almost not linked. Transistor do count influence power consumption, but many can influence the battery life too:

We used BaseMark OS II as a processing power metric, since it is a combination of CPU and GPU tasks. We also extrapolated the missing data from other benchmarks like Antutu.

Good news, the processing power is linked to the price!
Of course, we must be careful: correlation and causation are two different things.

As we explained earlier, do not mind the Megapixel resolution, which is misleading and inaccurate!
DxoMark has an amazing benchmark protocol to estimate the picture quality in numerous real-life scenarios.

The camera quality is also correlated to the price!
However, this curve looks exponential; Probably because DxoMark's scores are based on a logarithmic scale, which should even be higher.

Although both processing power and camera quality are linked to the price, the battery life is not! That is a shame, especially since we know that it is the feature which consumers cherish the most.

As we just have demonstrated, we should never take quality for granted when we pay the high price.
The mobile market is so competitive that companies rely more and more on advertisement and gimmicky features to be different from one another, which raises the prices.

The obvious solution is to carefully look at benchmarks and reviews before buying anything. Marketing and raw specifications are not significant!

I created Picked, an helpful comparison engine which exactly does that 🔥
Check out the Phone Comparator ! We also compare Drones, Cameras and VR Headsets.